We Are Visible is a documentary film about people all around the world living with Ehlers-Danlos syndrome. Today, I invite you to meet the main contributors of my film.

She loves colorful glasses and tattoos, and her favorite coping mechanism is swearing.

As a family, they have more braces than most rehabilitation shops. They love to laugh together but also cry as a team sometimes – especially if one of the kids is suffering. They support each other and understand if a family member cannot cook dinner and has to stay in bed.

The Durable Daughter, how Ashley calls her daughter Sophia, is a brilliant kid. During an interview, she wanted to show me her braces, got up in a hurry and collapsed just seconds later. She has postural orthostatic tachycardia syndrome (POTS) – a common condition for EDS patients – and sometimes forgets that she cannot get up as quickly as other children her age. When she finishes high school in three years, she wants to become a vet for which she already studied most of the textbooks. To cope with EDS, she draws intricate portraits, as well as plays three different instruments.

Denise is a German woman in her late 40s, but you wouldn’t believe this. She always says she is a 30-year-old in the body of an 80-year-old. Denise has been misdiagnosed for decades and one of the medications she received caused psychotic symptoms. Her experiences with medical professionals traumatized her so much that she lost trust in her doctors for a long time. Now, she works hard to gain back the trust. Not long before we started shooting, she was found to have cancer. So she had an additional enemy to fight, which she did differently compared to non-chronically ill cancer patients. Denise passed away shortly after I left her, and this film is dedicated to her.

Jennifer is an author, Blogger and artist who lived in many countries including South Africa, Australia, America, besides others, and is now residing in Malta. She shows how hard it is to get continuation of care if you move to a new country with a rare condition starting all over again every time. Additionally, Jen is a part-time crutches and wheelchair user and explains what it means to use a wheelchair as someone who is not paralyzed.

You can find out more about Jen and her life in her books.

Debbie lives in the Netherlands with her husband and two children. She and both of her kids have Ehlers-Danlos syndrome. She says about herself that she is the manager of all their health-related issues. So when she isn’t planning doctors appointments, she drives her children to horse riding, swimming, physical therapy and whatever other appointments they have. She is an active advocate for the community, gives speeches at conferences while living with severe consequences of EDS herself. Her children have a hard time at school because due to their health issues, they cannot take part in certain activities.

Cindy and Jade live in Belgium. Jade is a 14-year-old living with Ehlers-Danlos syndrome, arthritis, osteoporosis, and severe pain. Sometimes, she is too sick to get up in the morning which is why she was transferred to a school for intellectually disabled students. At her previous school, she couldn’t keep up because of her physical limitations; in her recent school, she is underwhelmed by the program. We planned to film her at school, at a farm that helps her to cope with the pain, and at her physical therapist’s office. But plans often don’t work out when you live with a chronic condition like EDS, and Jade was admitted to the hospital on my arrival due to complications related to EDS. So we filmed her during a painful treatment in hospital, which couldn’t be more accurate to depict an EDSers life.

Jojo is a mom of five children. She and four of her children have EDS. When she shared a video of her daughter’s bendy joints on YouTube at the end of 2012, she was accused of child abuse (FII), and 12 months of investigation followed. Jojo was cleared of all accusations in 2014, and since then she has been raising awareness for these common issues in the UK. Even though her case was closed and her daughter has been diagnosed with EDS besides other illnesses, years later, her daughter was referred to social services again. Every time she goes to a hospital, doctors have prejudices against her, because the first page in her documents is the letter that she was investigated for FII.

Get to know Jojo here.

Besides all these wonderful people, there will be a section of the film where you can follow my story, and additionally, experts such as Dr. Francomano (Geneticist and experts for EDS), Lara Bloom (Ehlers-Danlos Society), Jürgen Grunert (Deutsche Ehlers-Danlos Initiative e. V.), and Dr. Askari (Rheumatologist) get to speak out.

Do you want to learn more about this film project?

Or check out the other films I produced 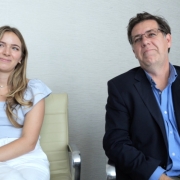 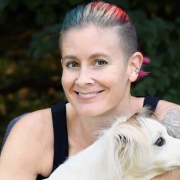 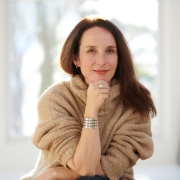 Meghan O’Rourke and The Invisible Kingdom 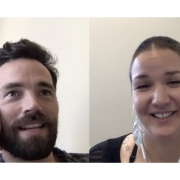 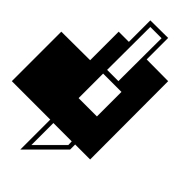 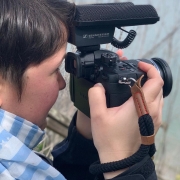 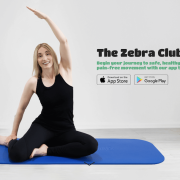 Why disabled journalists should report on disability – Columbia Journalism...

Karina Sturm ”Nothing about us without us!” – Producing ’We Are Visible’
Scroll to top